A DOCTOR’S WAR: Letters and Reflections from the Frontlines of World War II

A DOCTOR’S WAR is one man’s resolute journey through the minefields of love and war and what he learns about himself along the way. It’s also a daughter’s discovery of the young man she never knew, before he became her father.

This riveting account of a Medical Officer and combat regimental surgeon on the frontlines of WWII, responsible for the physical and emotional well-being of traumatized and wounded soldiers, is a unique perspective of war.  Engaged in some of North Africa and Italy’s bloodiest battles: Kasserine, Fondouk, Hill 609, Monte Pantano, Cassino, and Anzio, Lt. Col./Maj. Arthur L. Ludwick earned both the Purple Heart and Silver Star, unusual combat commendations for an unarmed Medical Officer.

Keen observations on the landscapes, cultures, and people he encounters are packed into the eloquent love letters written home to his wartime bride, supplemented by well-researched WWII history for context.  Based on a rich archive of interviews, letters, photos, and military documents, this multifaceted narrative of our country’s last “good war,” is a captivating chronicle of history that gives new insights into true leadership, human character, and the irrational nature of war. 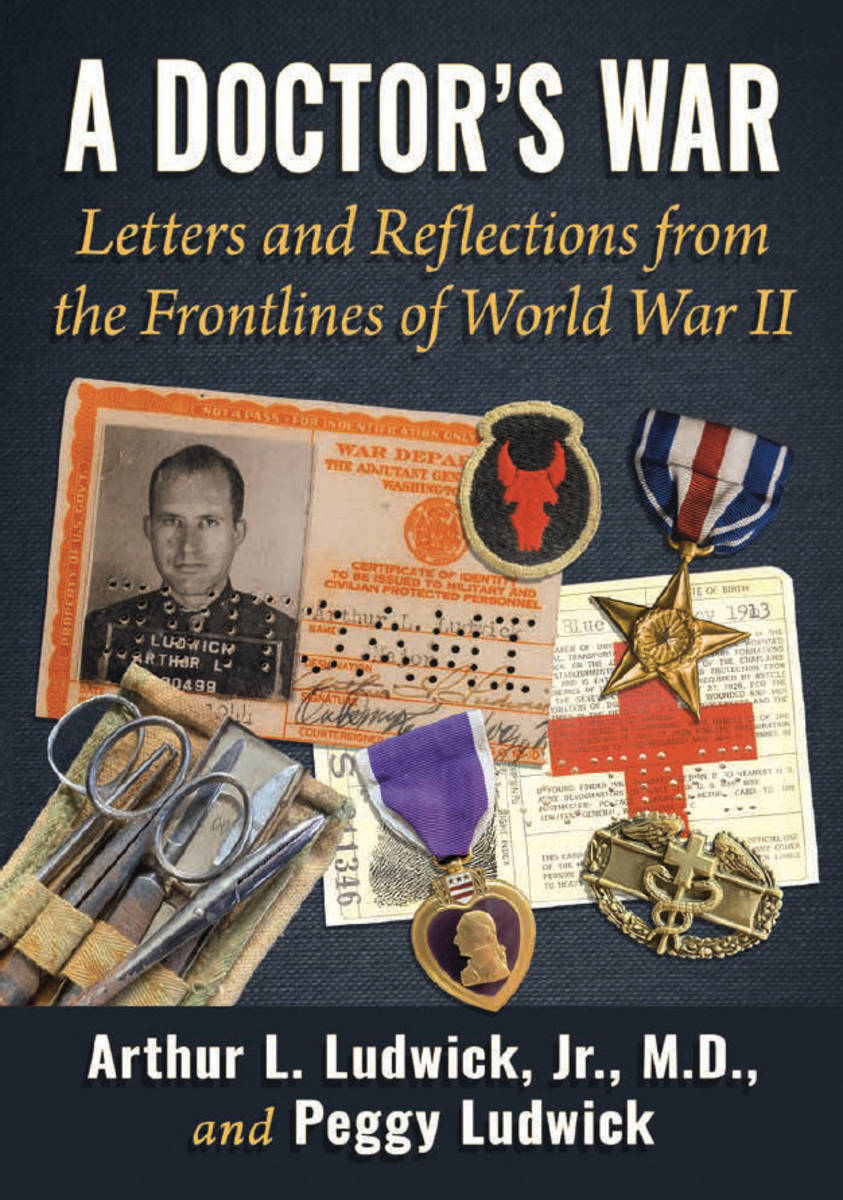 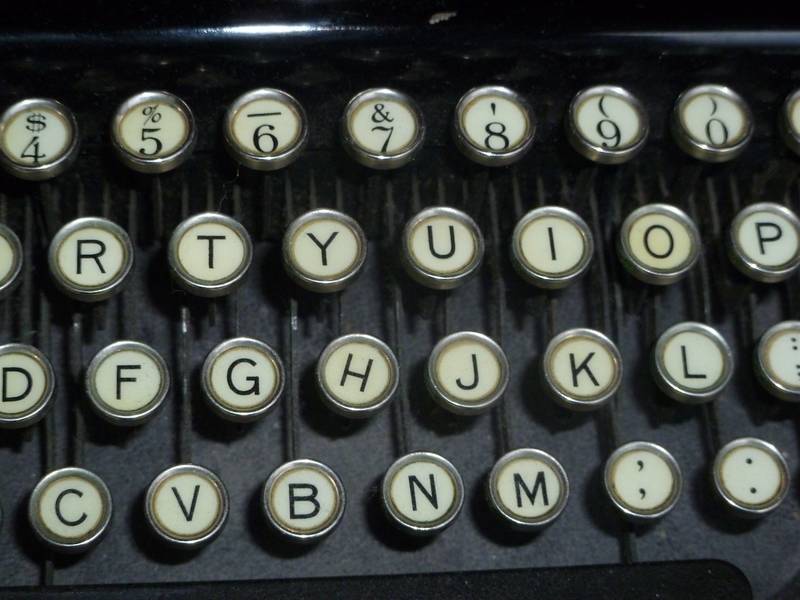 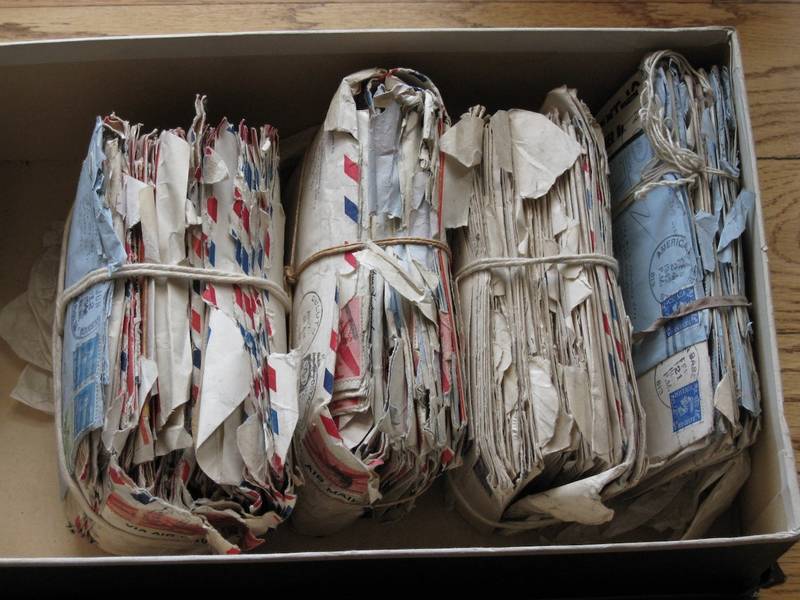 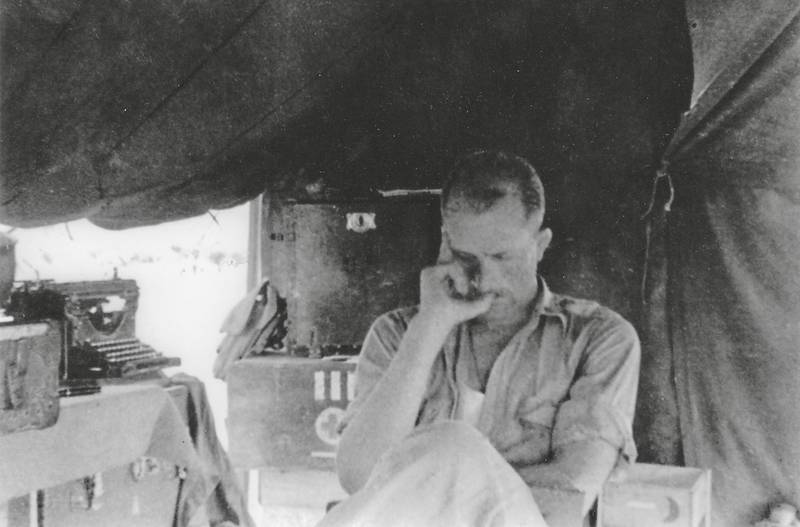 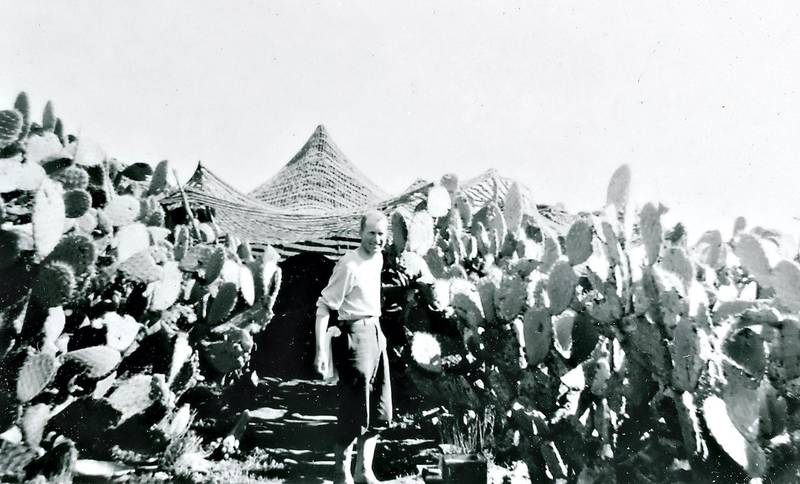 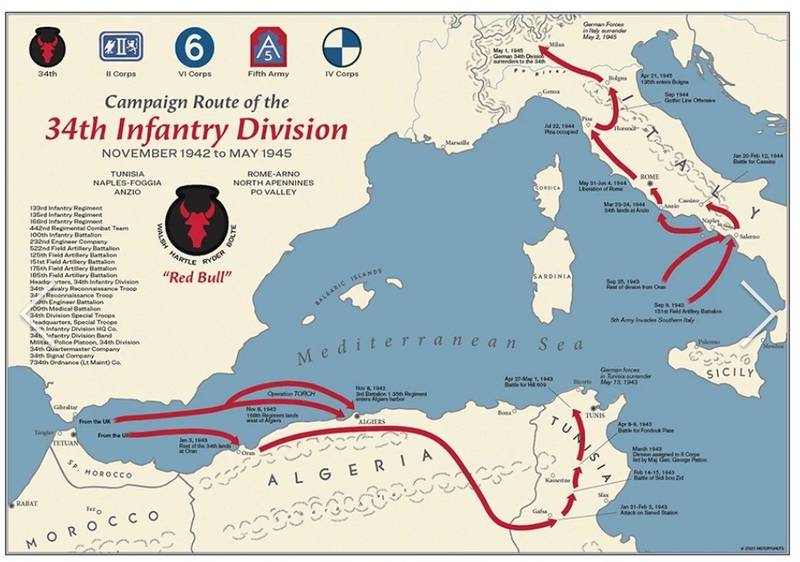 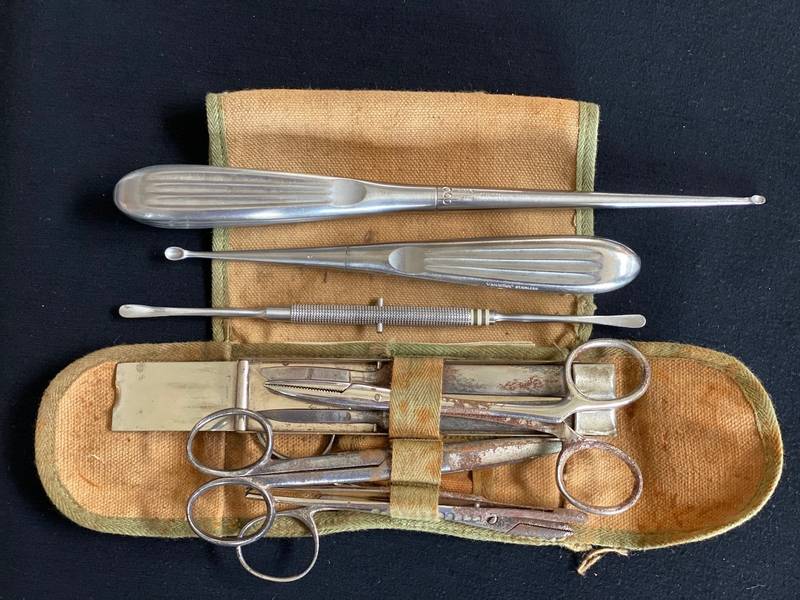 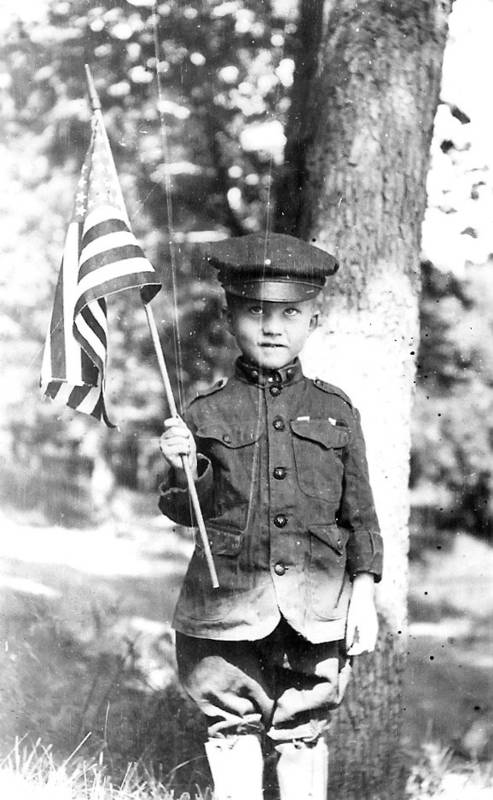 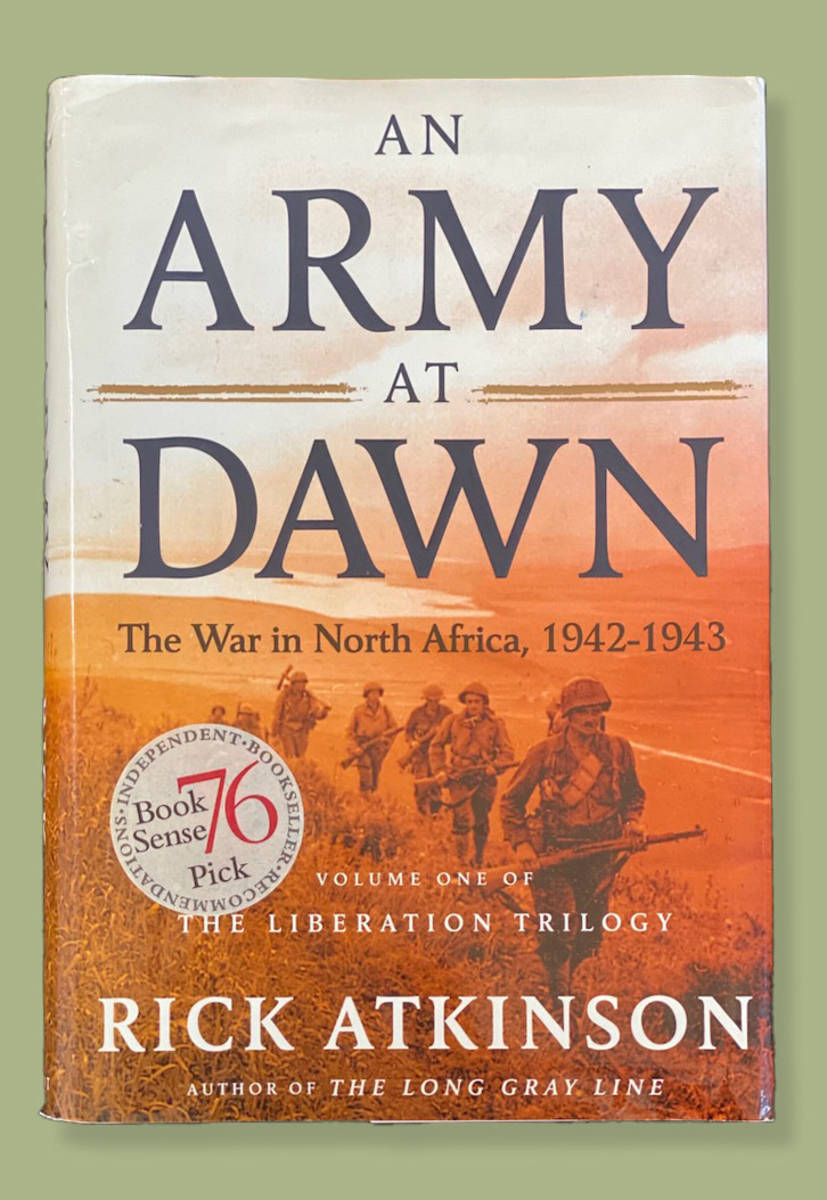 Rick Atkinson, best-selling author, historian, and Pulitzer Prize winner for The Liberation Trilogy, has this to say about A DOCTOR'S WAR:

“Intimate and compelling.  A DOCTOR’S WAR captures the vivid, often poignant   experience of a frontline physician during WWII’s brutal campaigns in North Africa and Italy. Dr. Arthur L. Ludwick, Jr., illuminates not only the war, but also the humanity to be found, despite the war.”

Praise for the Book

"Your dad is an insightful, observant, and detailed writer with a strong specific voice."

"Peggy Ludwick’s depiction of the life of a combat Medical Officer in World War II draws from her father’s letters home to his young bride, from whom he was separated for two and a half of years after just two months of marriage. With the 34th Infantry Division in Northern Ireland, North Africa, and Italy, Lt. Col/Maj. Arthur “Lud” Ludwick treated soldiers suffering from injuries, PTSD, malaria, Hepatitis "A", and other illnesses, while keeping the troops’ spirits high amid 14 major engagements with the German Army. This personal account reflects Lud’s feelings, cultural observations, and successes in a way most WWII narratives fail to do."

"The letters are notable for their detail and insight—riveting reports by an astute observer of the violent drama that was evolving all around him. Lt. Col./Major Arthur L. Ludwick was a stickler for accuracy, describing in moving detail the medical challenges, as well as the human suffering he witnessed. This book is both a love story and a war story. For World War II history buffs, in particular, A DOCTOR’S WAR will be a valuable addition to their library."

"Peggy Ludwick's exploration of her father's military service during World War Two as a medical officer stands out as a valuable contribution to our understanding of that war because it also takes into account, from a very personal perspective, the postwar legacies of the brutal wartime conditions in North Africa and Italy. It is a remarkable reconsideration of the hidden costs of war, not only for those who suffered physical and emotional wounds from combat experience, but also for their families back home, both during and after the war. It is an admiring, but clear-eyed look at the hidden stories that shaped the father she thought she knew, and it will resonate with anyone who has known a person who rose to the occasion of wartime service—even heroically—while attempting to shield those they loved from the full psychological and physical impact of that service."

"They endured the unimaginable. They saw mankind at its worst and its best. They lived and loved and suffered with enormous intensity. No one but their few fellow survivors understood. They never talked about it for decades and still the very few alive cannot explain what really happened to them. They will soon be all gone. So few are alive who tell it in the raw, who can summon the energy to say how broken they were. It’s nearly all gone. Just myth and fake patriotism swallowing what little truth emerged. . . . I miss their decency. I miss their courage and humor. I feel old and cynical when I see the narcissism and self-interest of our present movers and shakers. They were giants. Please just remember them."  Alex Kershaw, author of Against All Odds